The King and Queen during the speech from the throne. During Prinsjesdag more than 3,000 dahlias, asters and gladiolus are used for decoration. These flowers go to nursing homes afterwards. (Source: ANP)

During ‘Prinsjesdag’, traditionally celebrated on the third Tuesday of September, King Willem-Alexander held the annual speech from the throne. Herein the current economical and political state of the country is told and elaborated on. The King’s message to the people:  »The financial and economic crisis is behind us ». The King stated that the current state of the Dutch economy was a  »collective achievement. »

»For several years, the Dutch economy has been steadily growing again. And in spite of Brexit, it is forecast to grow by 1.7% in 2017. The budget deficit will fall to 0.5% next year and the national debt is also falling quickly towards 60% of our national income » the King said.

The King acknowledged the nationwide worries concerning terrorism and refugees.  »It is understandable that we, as a society, worry at large about the arrival of large groups of refugees. We wonder whether differences in our cultures and in our norms and values might be too great, and whether too great a strain might be placed on public services. » 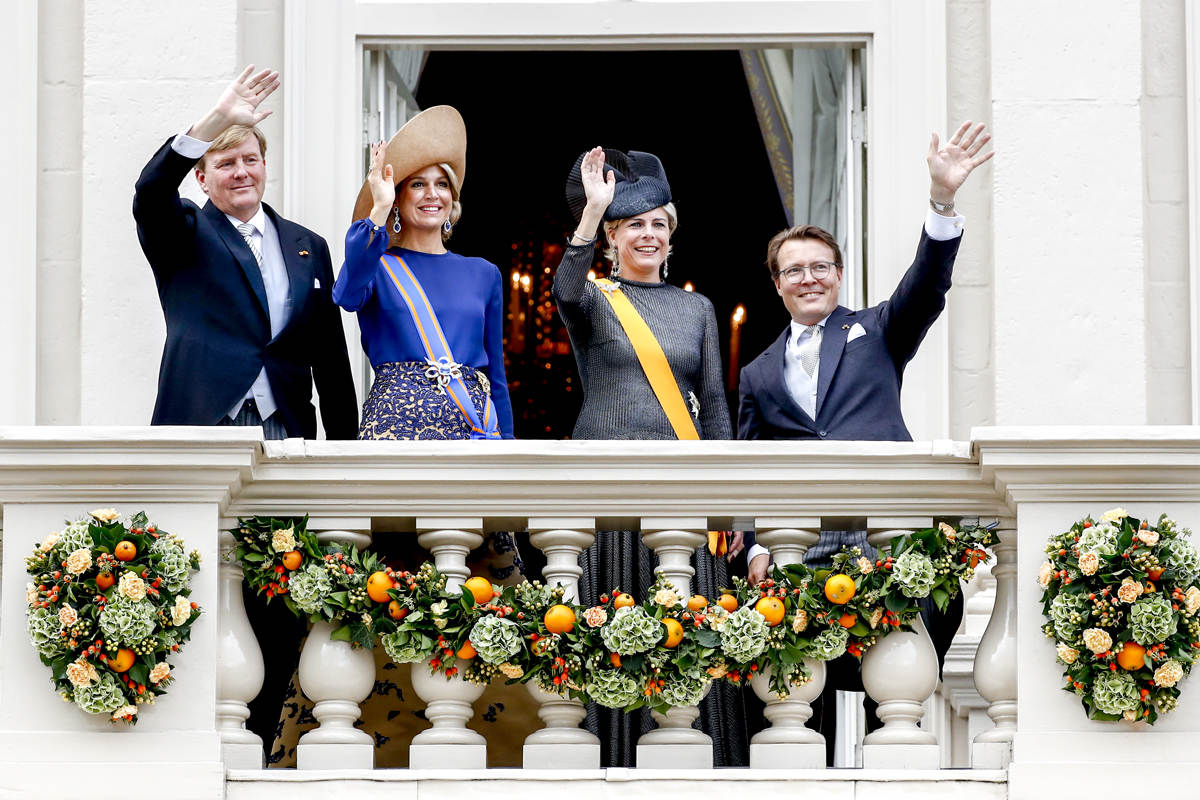 During the traditional balcony ceremony, the King, Queen and members of the Royal family – here: Princess Laurentien and Prince Constantijn – greet the people. (Source: ANP)

In his closing statement, the King stated the following:

»The Netherlands is a strong country in an unstable world. The results we have achieved together in recent years enable us to look forward with confidence. It would be unwise to underestimate the problems and international uncertainties facing the Netherlands. But history teaches us that ‘steady progress’ is possible by working together towards solutions, both in our own country and with our international partners. »